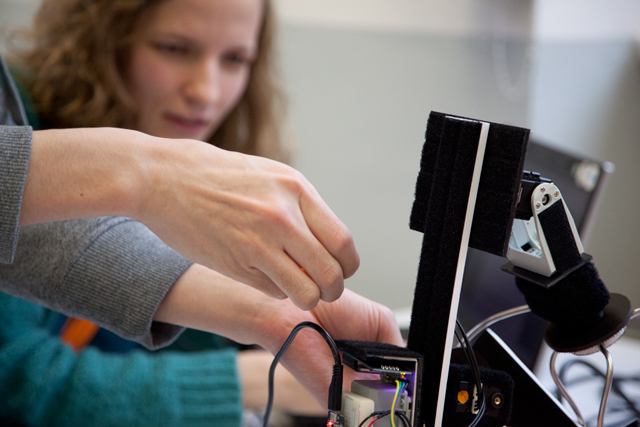 The research project Behaviors of Things questions the notion of behavior, as a more and more essential notion in contemporary artistic creation. But more than situating this notion on the side of the living (as it should be), our project undertakes the analysis of this dimension for artworks, objects, devices or environments: how do we understand, theorize, experiment and design artworks that include a behavioral dimension, in other words a dimension with action and reaction faculties (especially “physical” ones), related to their environment and their public?

MisB KIT: a prototyping toolkit to experiment with behavioral objects

In the framework of our research project on behavioral objects (The Behavior of Things), to animate objects independently, the relevant technique is primarily robotics, and more specifically modular robotics, which can be adapted to various forms and movements. We identified four possibly suitable modular robotics products: Lego Mindstorms®, Cubelets®, Arcbotics®, Bioloid®. To select the technology or technologies with which to work, we decided upon a few criteria: modularity, sturdiness, hardware and software openness (open source or offering the possibility of interfacing with open source software and hardware components), ease of use, quality of components, and cost. Cubelets and Arcbotics soon proved to be inadequate: the first is very closed, and the other very fragile, ineffective, and presents major challenges for supply and support. Lego Mindstorms is very interesting, but is too closed and rooted in the toy sector, lacking the power and sturdiness needed for our projects. Bioloid, from the Korean brand Robotis, is the technology we selected because it meets most of our criteria, with one additional advantage: it allows for a change of scale, moving from playful or service robotics to industrial robotics in the same software environment. Indeed, a wide range of motors is available, all drivable with the same control board and the same software environment. From the Bioloid technology we have primarily maintained the motorization and control system: robust, precise, Dynamixel motors, easily controllable with the CM09 control board, which is powerful, open, and built like an Arduino board, perfectly compatible with auteur-oriented open-source software environments like Processing. In addition, the control board (CM09) is based on an open-source LeafLabs board under an MIT license, a board that Robotis modified to support its Dynamixels motors.

We then combined that system with a set of building blocks we created: solid pieces and structural elements entirely covered in Velcro, making it possible to assemble models and modify the assemblages very quickly, like a kind of “high-definition” Lego. This principle is as simple as it is powerful, since it makes it possible to create prototypes in a few minutes with great freedom of action, and other materials can be associated with the base as long as they also contain Velcro. For instance, structural units taken directly from K’Nex building sets have been added to the toolkit, as has a set of shells and skins for covering our robots, dissociating them from their technical condition (motorized mechanics) and allowing them to be seen simply as objects.

Along with those choices of materials, we have developed software that provides simple but open possibilities for the design and production of behaviors. We were able to develop the software in a technical framework familiar to and mastered by our community (art & design), basing ourselves on the Processing software environment. Our software makes it possible to drive – in real time, via a basic interface (MIDI console) – the objects we have built, to record the movements, to publish them and create a library that is itself programmable. Movements prepared in that way are assigned to motors in order to be played, in a linear mode as well as in conditions relative to the data from sensors onboard the created object, which is to say interactively.

In order to adjust the movements, they are saved as sound files (WAV), tracing the dynamics of their motorization, and are therefore publishable as such, in any existing audio software – Audacity, for example. Once published and saved, always in the same WAV format, they can be returned to the movement library, thereby enriching it.

A first workshop to test our toolkit :
“The Misbehavior of Animated Objects” at TEI 2014

The Workshop “The Misbehavior of Animated Objects”, for TEI 2014 [8th International Conference on Tangible, Embedded and Embodied Interaction], was developped in collaboration with the EnsadLab / Sociable Media Program (Program under the direction of Rémy Bourganel), with Émeline Brulé and Max Mollon, with the support of the Labex Arts-H2H (in the framework of the research project The Behavior of Things) and of the Bettencourt Schueller Foundation in the frame of Chaire Innovation et Savoir faire, in relationship to the Tangible Media Group of the MIT Medialab, with the participation of Jean-Baptiste Labrune and Nicolas Nova.
cf. : http://diip.ensadlab.fr/en/workshops-231/article/the-misbehavior-of-animated?lang=en

The MisB Toolkit is developed in the context of the project The Behavior of Things coordinated by Emanuele Quinz on behalf of Labex Arts-H2H, by the Reflective Interaction team, under the direction of Samuel Bianchini, by Didier Bouchon, Cécile Bucher, Martin Gautron, Benoît Verjat, and Alexandre Saunier.  All elements of the MisB KIT, hardware and software, are under an LGPL license, with the exception of the proprietary Bioloid modules, principally the Dynamixels motors, and parts from the K’Nex construction game, used here as structural elements. This toolkit was initiated with the Sociable Media team (led by Rémy Bourganel) with Émeline Brulé and Max Mollon in particular, for the workshop “The Misbehavior of Animated Objects”, TEI 2014, with support from Labex Arts-H2H and the Bettencourt Schueller Foundation and its Chair for Innovation & Expertise, and with the participation of Jean-Baptiste Labrune and Nicolas Nova.  We are grateful to Génération Robots for their sensible advice, as well as to Marie Descourtieux, Hiroshi Ishii, Emmanuel Mahé, and Élodie Tincq..

International colloquy The Behaviour of Things on june 8th 2013 at Centre Pompidou, organized by Emanuele Quinz, Samuel Bianchini and Valérie Guillaume with Philippe-Alain Michaud and the support of Labex Arts-H2H. 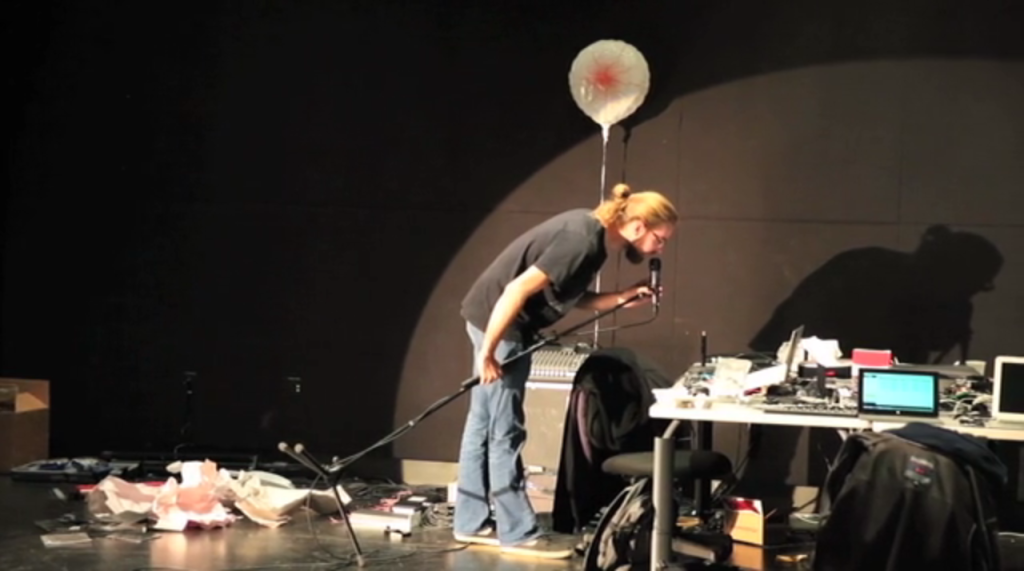 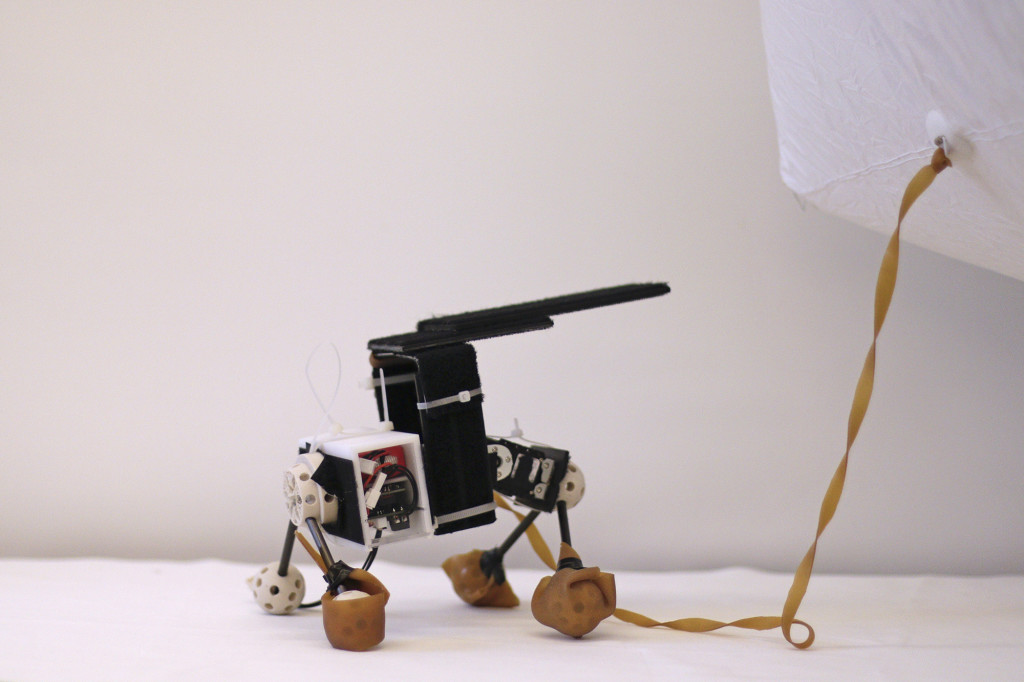 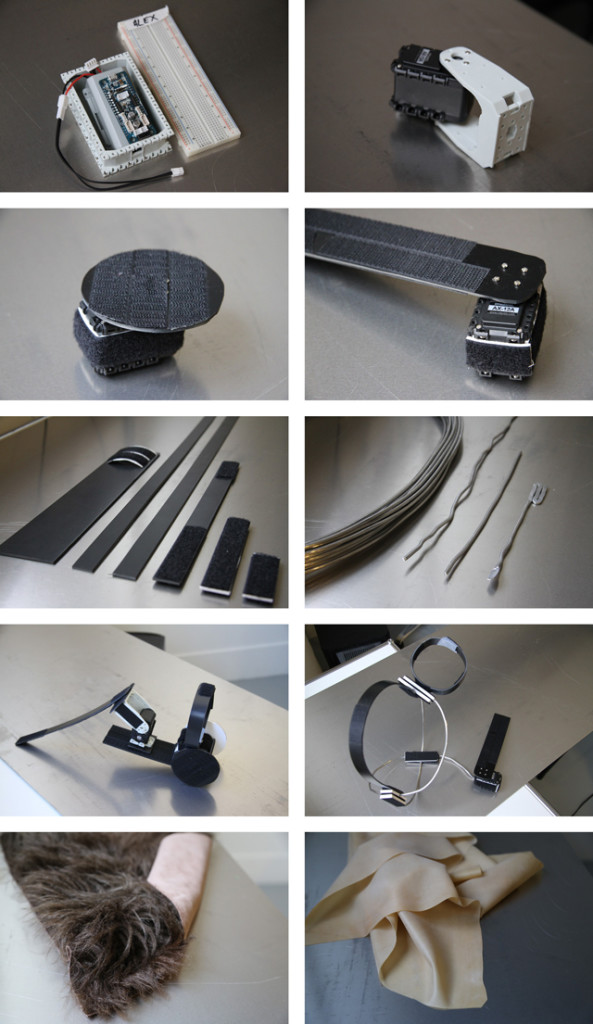 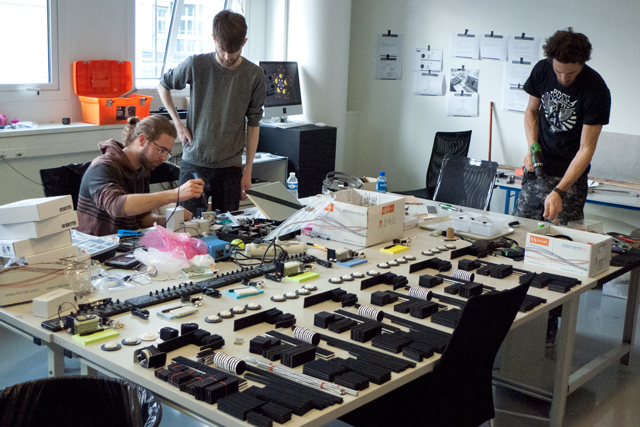 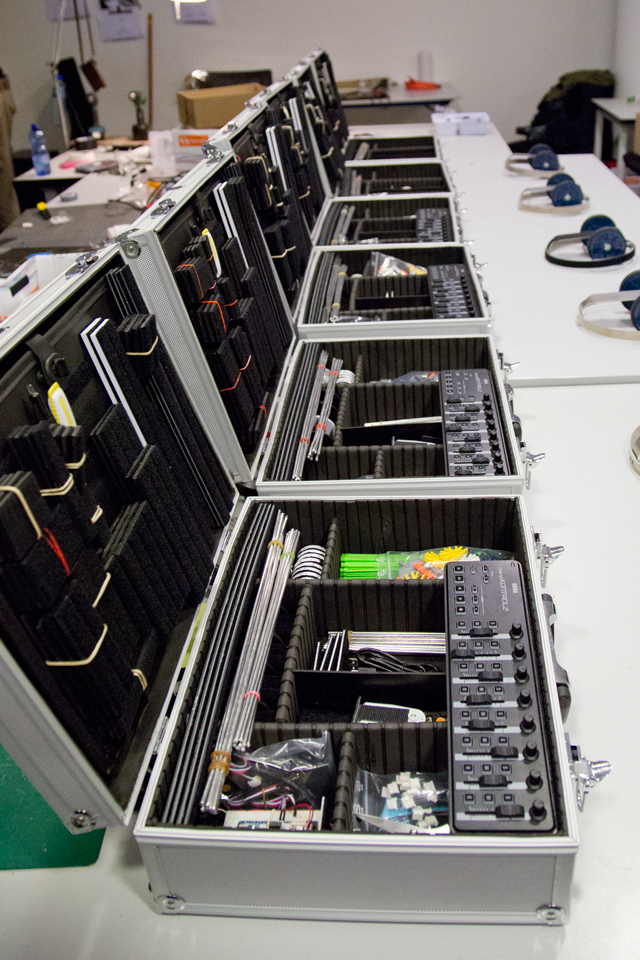 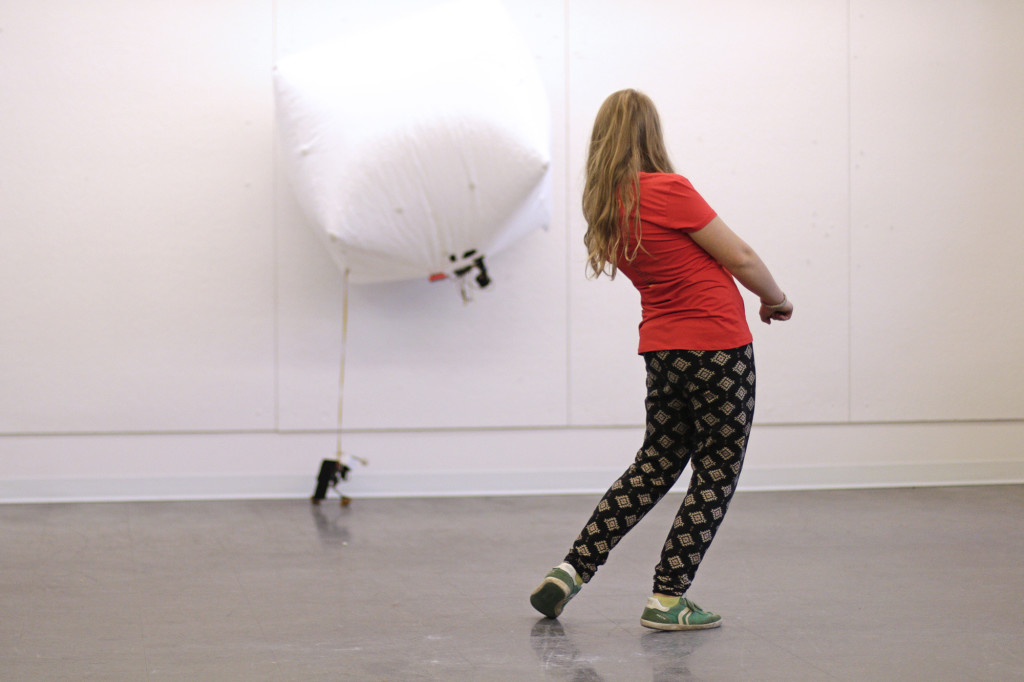 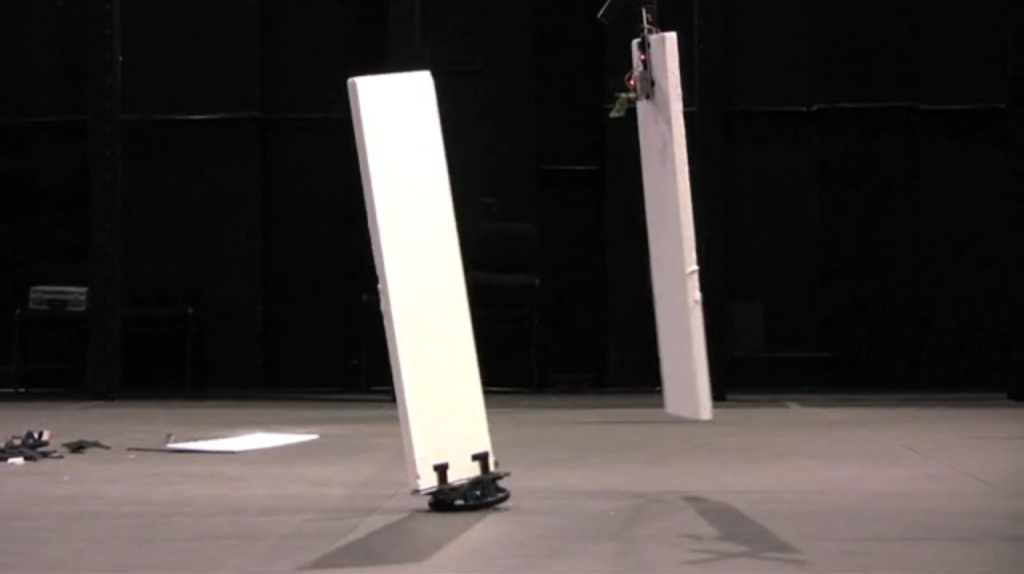 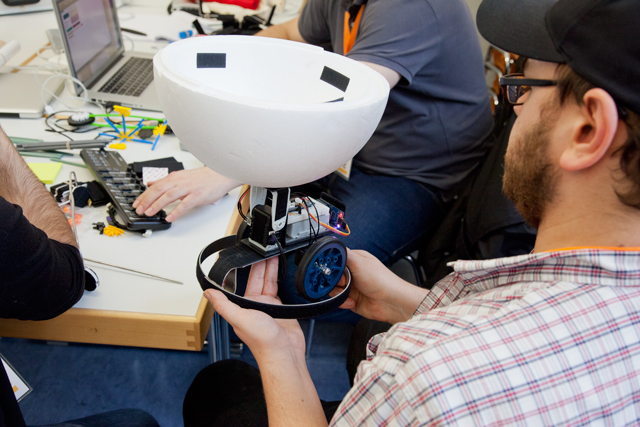 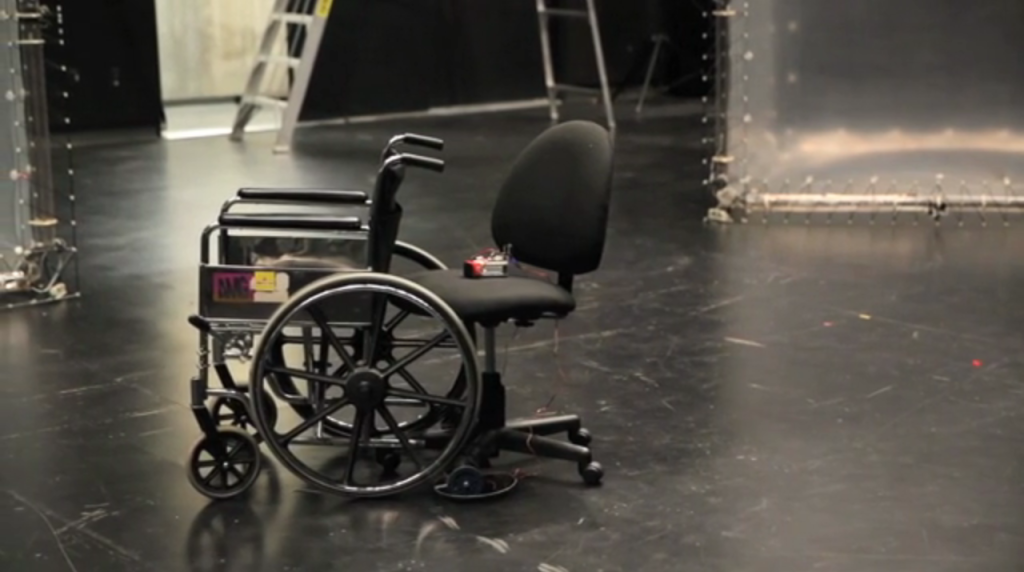 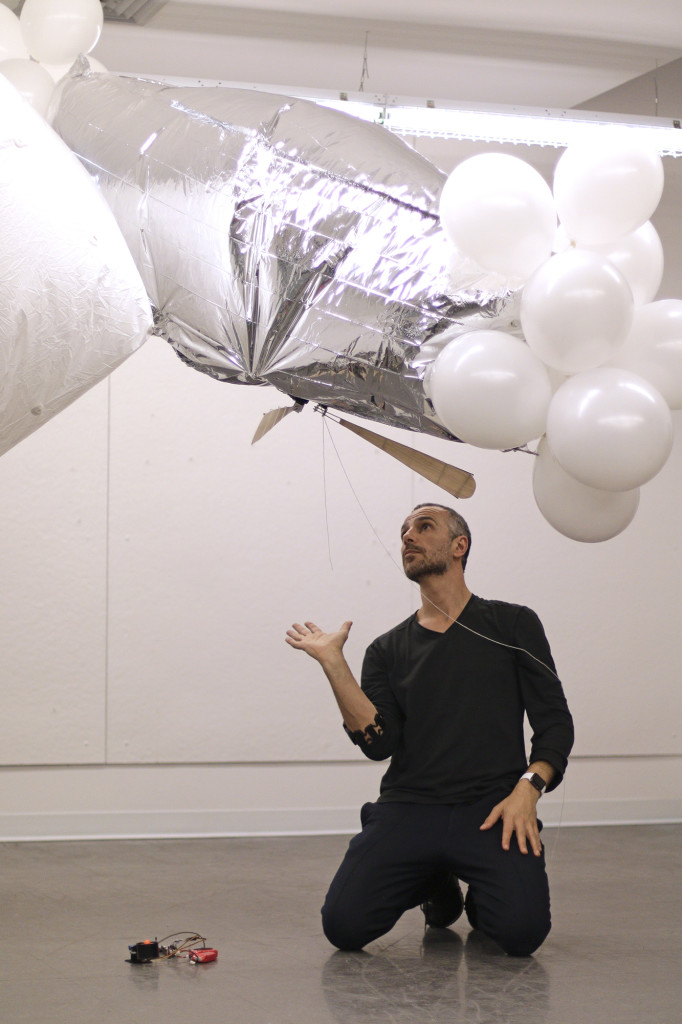 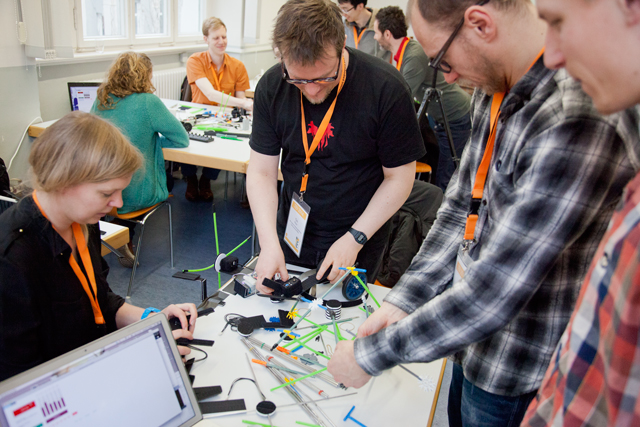 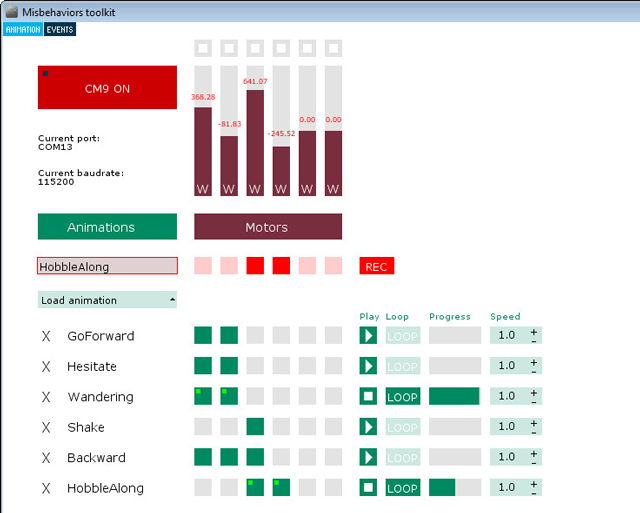 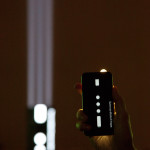